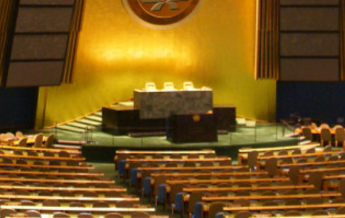 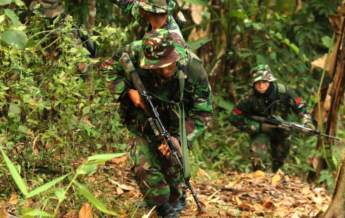 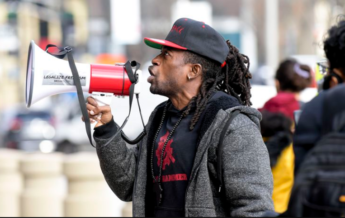 A Huenyan warship fired a warning shot at a Xiomeran convoy attempting to break the blockade enacted against Auria yesterday, in an incident that has sparked outrage and protests in Xiomera.

The Xiomeran convoy, led by the merchant vessel Imperial Far Trader II, had a warning shot fired at it by the Huenyan battleship Temakixtiani, according to both Xiomeran and Huenyan sources. The agreement on the incident ends there, however. “The convoy in question refused our orders to alter course related to the blockade in place around Auria. The ships in question continued to advance towards our task force, despite receiving more than one warning not to do so. At the command of the Admiral in charge of the task force, a single warning shot was fired across the bow of the lead vessel. The shot was deliberately aimed well away from the vessel, and was never in any danger of actually striking the craft. Such action was necessary because the convoy refused to cooperate, and had armed vessels in its ranks,” a statement from the Huenyan Defense Secretariat said.

Xiomeran officials, however, denounced the action as a hostile act by Huenya. “Xiomera is forced to abide by the Jinyu Agreement, while Huenya continues to get a free pass for its hostile actions,” Xiomeran Prime Minister Toquihu said to a crowd of Xiomeran citizens protesting the incident at the Palace of Flowers. “Huenya attacked our security headquarters, and is now firing at our merchant vessels. Both sides at Jinyu promised to cease hostilities, and the Xiomeran Empire is fast losing its patience for the unfair enforcement of this agreement,” the Prime Minister said. The Prime Minister went on to demand that Laeral, as arbiter of the Jinyu Agreement, require Huenya to withdraw from the blockade and cease hostile acts against Xiomeran shipping. “Attacking security facilities and merchant vessels are hostile and warlike acts. Jinyu is supposed to prevent that. Laeral and the other parties to the agreement are supposed to enforce that. None of that is happening, and if it does not start happening, we will consider our own actions, such as a reciprocal blockade of Huenya, in response to the ongoing hostility of the Huenyan regime,” the Prime Minister said.

At multiple protests around Xiomera, media coverage showed rallies led by the XCP, in which angry Xiomerans burned Laeralite, Eirian, Lauchenoirian and Huenyan flags and echoed the call from their government for action. “We demand that the mistreatment of Xiomera and its people cease,” Cyelopan, a tailor from Huitzitaca, told DTNS at one such protest. “It is clear that Xiomera is being forced to comply with this treaty, while Huenya is not. Xiomerans will not stand for this forever.”